I really don’t know what I was thinking tackling these two at the same time. You lot must be fed up to the back teeth of the pair of them. If I am honest, this particular project is wearing a tad thin for me too and so best bring this tale to some sort of conclusion. We left our two protagonists in varying states of operational health but both awaiting some suitable glazing, prepared in the preceding post.

You may remember that in reviving the younger of the two, I had had to borrow the pallet fork from the elder and so that is probably the point to pick up the story.

In attempting to source a replacement pallet, I had trawled my usual sources and come up blank and so resolved instead to buy a tatty donor watch from which I could farm as many parts as to make its purchase economically viable. More or less contemporaneously, a watchmaker friend in the Netherlands offered to see if he could track down the part for me from his sources. While I waited to see if he could come up trumps, I placed a precautionary bid for a water damaged King Seiko 5626-7000 and won it. The description of that watch suggested the watch was a runner and I was therefore hopeful that it might potentially yield a pallet fork.

After about 10 days, I received two deliveries on the same day, one from Japan and one from the Netherlands. The parcel from Japan was the King Seiko parts donor but rather than raiding that for parts, I squirreled it away for a rainy day and I opted instead to use the pallet fork sourced by my Dutch friend.

After a thorough clean to remove any traces of old oil from the impact surfaces of the pallet stones, the replacement pallet fork found its way into position in the Seiko 5626A destined for the older of the two watches.

A little bit of power wound into the mainspring to prime the pallet, in with the balance and off she goes. 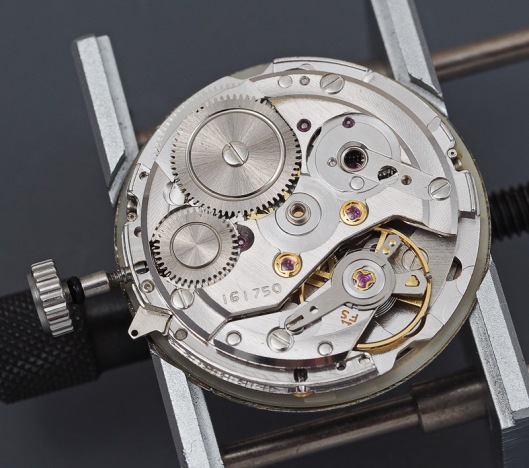 Some tweaking of the timing and beat error and the movement is running sweetly once more. Satisfied that the movement is healthy, we can re-case it, ready to receive one of the two crystals I prepared earlier.

This is by no means a pristine example of the breed and so in deciding which crystal to select, I opt for the one with the generic domed glass rather than the Seiko original. 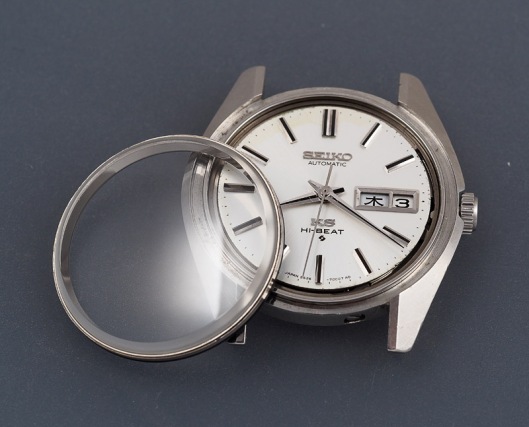 The gasket is fitted first to the crystal rather than to the case and the whole assembly then pressed gently into position.

You can certainly see the effect of that frosted bevel from this perspective. I am not yet sure whether this is a good choice though – that will have to wait until the bezel is fitted and so that comes next. In order to fit the bezel, I elect to christen a massive new acquisition – a Seiko S-220 crystal and case back press. What a beast! 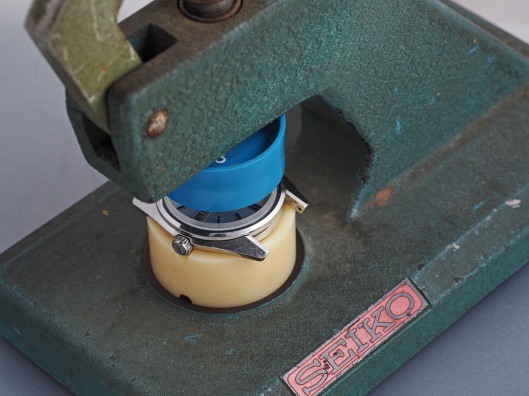 I opted to combine a 33mm base from a set of S-160 presses with a blue 32mm press from the S-150 set, both sets purchased piecemeal in separate auction bids some time ago and waiting for me to acquire the correct tool with which to use them.

With a suitable strap selected we can declare this one finally finished.

Meanwhile, the 5626-7111 simply needs re-casing and so our first task is to clean and dry the separate case parts. 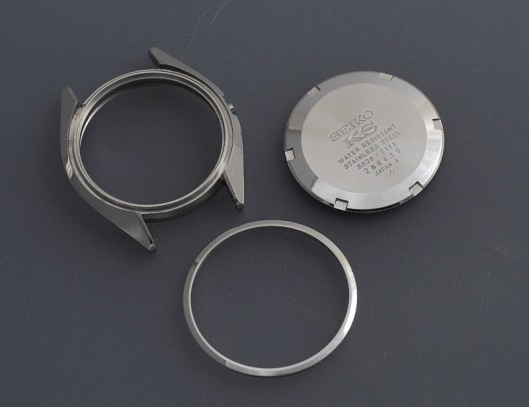 This time we can fit the crystal and bezel to the case first because this model features a conventional screw back from which to access the movement rather than the top loader design used for the other watch. The choice of crystal in this case is the one fitted with the reclaimed original Seiko crystal, this being comfortably the superior watch in terms of its external condition and better deserving of the correct crystal profile. With that done, and a fresh crown gasket fitted, the movement can be reunited with the case. 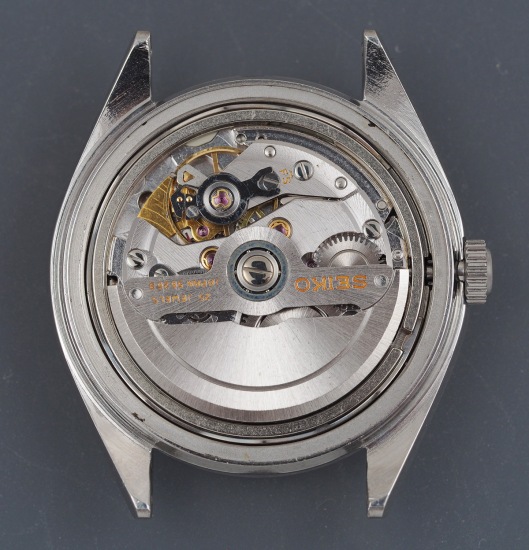 A fresh case back gasket and the assembly can be completed. 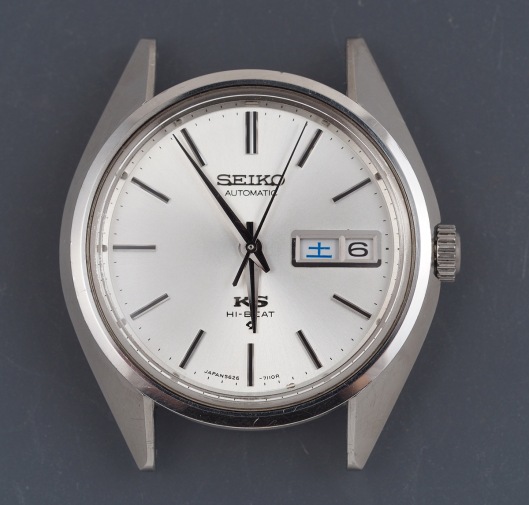 This bird’s eye view confirms the spotless condition of the dial and the refined overall appearance of what I think is a very desirable watch. You should be able to appreciate the dial quality and in particular its beautiful sunburst finish in the photo below (click on the image for a larger version). 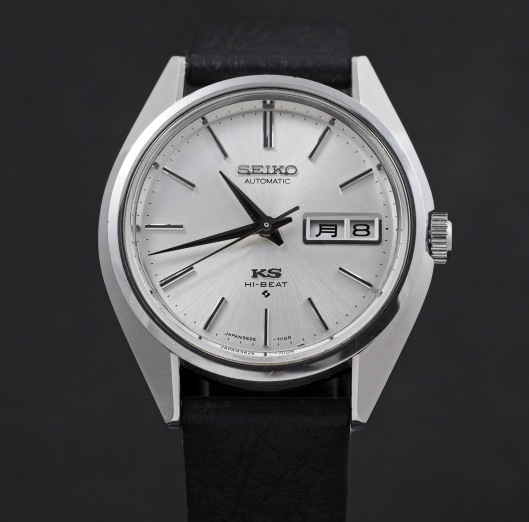 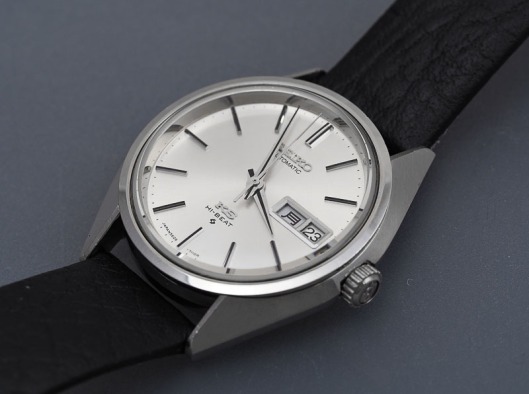 Let’s finish with a shot of the two finished watches together.

I rather like the mixture of subtle and not so subtle contrasts between the two: the more refined but arguably slightly less iconic case design of the newer watch, with its immaculate and lovely dial plays the beefier older watch, its slightly dog-eared appearance enhanced a little by the addition of the higher profile double domed crystal.