A few years ago, I came across a picture of a rather lovely, but unlikely Omega dress watch, combining a dress case with the dial and handset from a Seamaster 300.  Such creations are commonly referred to as Frankenwatches, but in spite of its dubious origins, I rather liked it:

Some time later, I happened upon a Seiko 6119-8080 dress watch, bought mainly for the dial which I thought might go well in another project:

As it turned out, the dial was ruined and unusable but the germ of an idea had started to form that perhaps the case might form the basis of a little project to get some small way towards the imaginary Omega.  A 6309 fit PO dial from Hong Kong (Yobokies) and a set of steel MOD hands (motorcitywatchworks) and we were potentially in business. I also bought a black day wheel from a watch maker in Australia because I thought black on white would distract too much from the look I was after (you notice my obsession with having a date still over-rides other aesthetic considerations).

The movement fitted to the 6119-8080 is the B variant of the 6119 which has a date quickset, achieved by pushing in the crown but no day quickset.  Additionally, it comes only with a single language day wheel which means that my black day wheel from Oz would be incompatible. By the time I discovered this, I was already well advanced into the servicing of the movement, which held some other, rather unpleasant surprises.  I had heard from others that it is not uncommon for unscrupulous sellers/watchmakers, to ‘service’ a movement by dunking it in watch oil. When I stripped down mine, I discovered that it was swimming in oil. Here is the back of the day wheel: 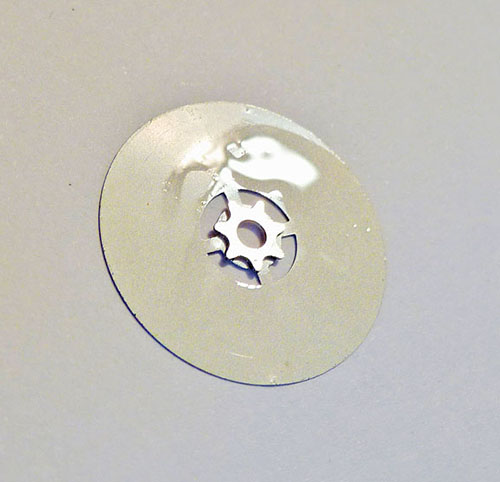 and the top of the movement with the autowinding mechanism removed:

I ended up cleaning, oiling and rebuilding this one, but the day wheel problem meant that I would not be using it for this project. Happily I had a 6106C from another watch knocking about. This one did not work but looked in decent nick and probably just needed a service. So a strip down, clean and oil followed, including both diashock jewels, and a refit with the date wheel from the 6119B and the 6309 black English/Roman day wheel.  One other key difference between the two movements is that the 6106 hacks.  Here is a comparison of the centre wheel bridge on the 6119B with no hack lever, or indeed option to install one:

Notice the presence of the hacking level on the latter and the small but important differences in the machining of the main plates.

The rest all came together without the any drama. On with the PO dial, the hands from Detroit, plus a new old stock, domed Seiko acrylic crystal and we have a rather loose approximation to that old fraudulent Omega: 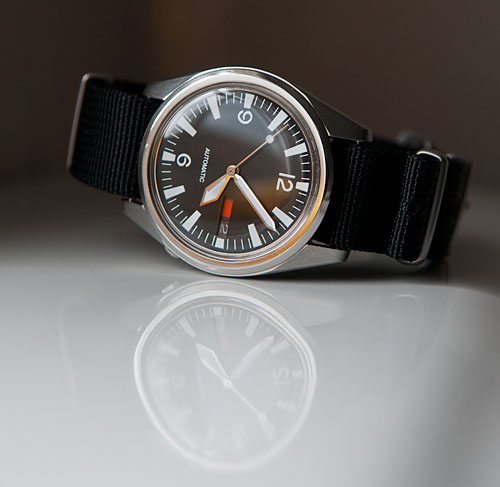 4 thoughts on “An homage to a watch that never was”