One corner of the watch world that attracts a particular niche enthusiasm is that of the military wrist watch. Issued watches have derived from all corners of the market heirarchy from Blancpain, IWC, Jaeger Le Coultre, Omega and Rolex at the higher end to Seiko and Pulsar at the somewhat more humble end. The British military watch holds a particularly revered position in that landscape, with specialist watch companies producing watches specifically for the armed forces. Companies with such pedigree include Smiths and Precista but perhaps the most well known contemporary brand is the Cabot Watch Company.

CWC was founded in 1972 and produced watches for all branches of the British armed services. Their range included mechanical and quartz chronographs, divers watches and general issue service watches. In this latter category, the CWC G10 is perhaps the most iconic and well known. The CWC G10 first appeared in 1980, fitted with the ubiquitous ESA 536.121 quartz movement. 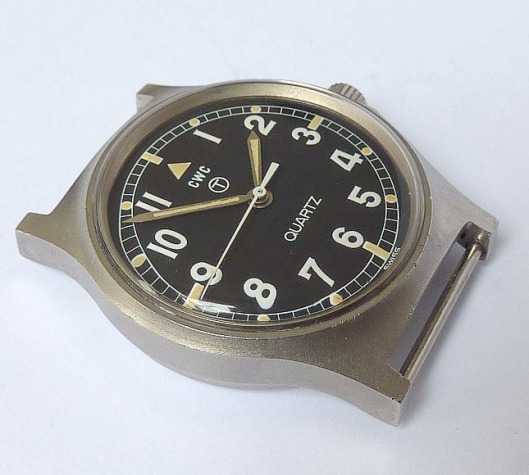 The watch face was designed for simplicity and clarity and this model in its various incarnations was supplied to the Ministry of Defence for more than 20 years.   That first incarnation though was a thick old thing, needing to accommodate the considerable height of the ESA movement and subsequently acquired the sobriquet ‘Fat Boy’. Later editions of the watch used thinner movements, allowing for a lower profile, more discrete case design. From 1987 the watch was fitted with the ETA/ESA 955.114 seven jewel quartz movement and it is an example of this watch that forms the basis of this current entry.

I sourced my watch from a seller on a watch forum who advertised it as a non-runner. I snapped it up as a potential 14th birthday present for my eldest son, anticipating a little work to get it running again.  With the watch in hand, the overall cosmetic condition is really very nice, with a clean case, sporting only the odd sign of wear, a mint dial and handset with nicely toned tritium lume and its original slightly scuffed crystal.

As advertised, the watch was not running when I received it. Looking at the caseback, we see the rather complicated combination of stock codes, item code, serial number and year of issue.

The stock code 0552/6645-99 comprises three parts: the first is the 0552 MoD code which means the watch was issued to the Royal Navy; 6645 identifies the item as a Time Measuring Instrument and the 99 is the UK country code. The number beneath is the item number which refers to this particular model of watch. The 5 digit number beneath that is the serial number of the watch and the two digit number at the bottom, the year of issue. So this particular watch was issued to the Royal Navy in 1990.

The case back is a snap on back but is fitted with a battery hatch, presumably to aid battery changes in the field. Removing the case back provides access to the movement, an ETA 955.114:

The seller had tried a new battery to no avail and just to confirm his conclusion that it was dead, I tried one of my own for good measure but no signs of life. A non-functioning quartz movement is not something that is easy to diagnose without the correct testing gear and, to be honest, my limited experience of quartz does not encourage me to pursue this. I can get my head around mechanical movements and reasons why they might not be working but electronic failures are generally not fixable by means other than replacing the whole circuit.   That would be an option here because replacement circuits are still available but they cost a little more than a complete replacement movement and so that is the route I am going to take. While the 955.114 is obsolete, its direct replacement, the 955.112 is still in production and all but identical in appearance and dimensions and so this is what I order. 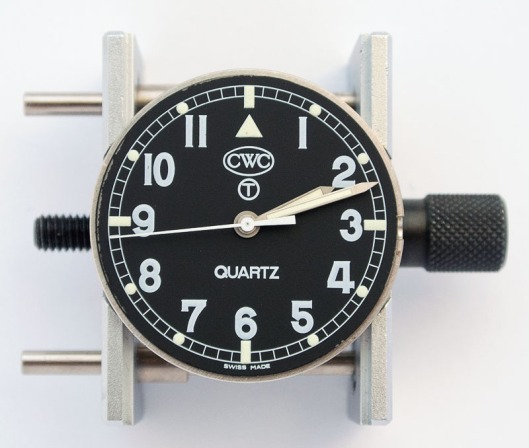 All very neat and tidy with lovely creamy tritium lume.   If we take the dial and hands off, we can take a look at the calendar side of the 955.114:

I say calendar side because, although this watch has no calendar function, the movement does, but in this application, the redundant calendar parts have been removed. What this does mean is that the operation of the crown still retains the central click stop for the quickset date function but, of course, without those parts it serves no function. To set the time, you have to pull the crown out to the second click stop. So, in the interests of retaining the spirit of the original, I will remove the calendar parts from the new replacement 955.112. Here’s a sequence of shots illustrating that process, with the original 955.114 at the end for comparison: 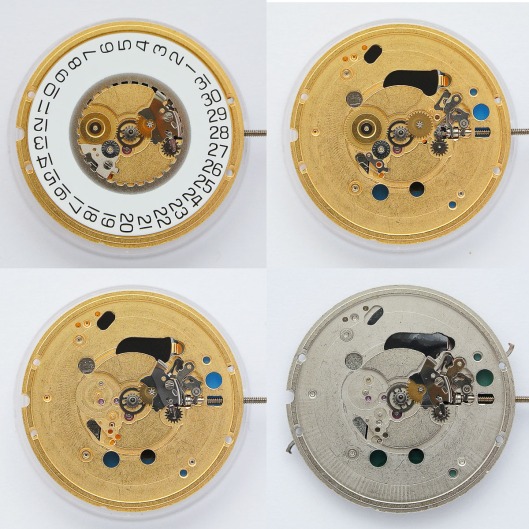 The case needs nothing more than a clean and fresh crystal. 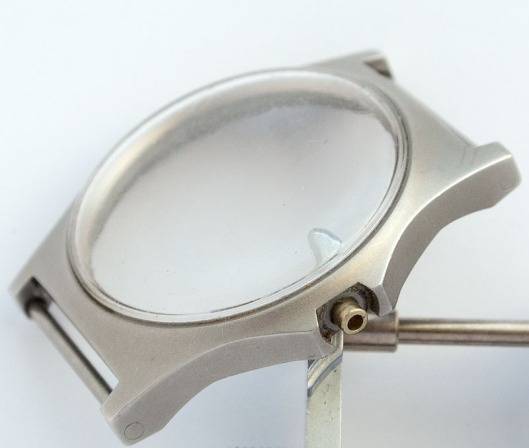 is slightly smaller in diameter than the chromed tension ring in the replacement. The second issue is that the 31.6mm replacement does not sit particularly snuggly in the recess in the case

and cannot therefore be trusted to remain in position once fitted, particularly given the likely abuse it will suffer under the ownership of my oldest son. I order instead a 31.7mm diameter crystal which should sit securely in the case and whose compression when fitted might then better bridge the small gap to the original matt tension ring.  With it fitted it seems very secure with no play at all with the tension ring so we’ll go with this compromise for the moment and perhaps try to source a crystal from Silvermans at some point. 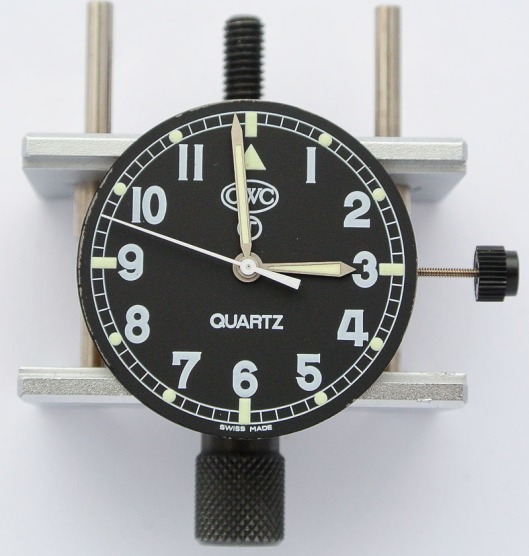 and then fit the movement to the case ring

and the whole lot to the case.

With the new crystal fitted and the movement ticking happily away, we are finished. 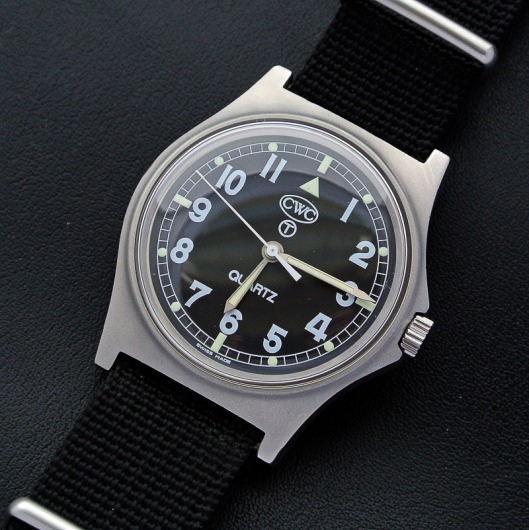